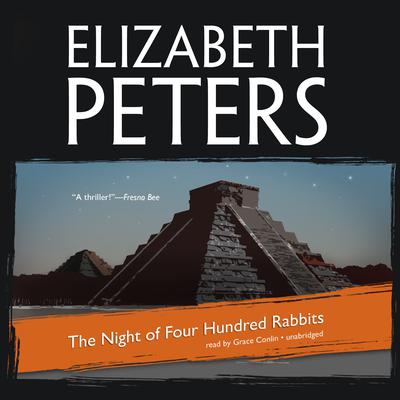 The Night of Four Hundred Rabbits

An unexpected gift has arrived for Carol Farley this Christmas: an envelope bearing a newspaper clipping and no return address. There, blurred but unmistakable, is a photo of a man missing for years and feared dead—Carol’s father. It is a siren calling her to a world she has never known, to a place of ancient majesty and blood-chilling terror.

Now, surrounded by towering pyramids on Mexico City’s Walk of the Dead, a frightened yet resolute young woman searches for a perilous truth and for the beloved parent she thought was gone forever. But there are dark secrets lurking in the shadows of antiquity, a conspiracy she never imagined, and enemies who are determined that Carol Farley will not leave Mexico alive.

“One of the best!” —Dallas Morning News
“A Thriller!" —Fresno Bee