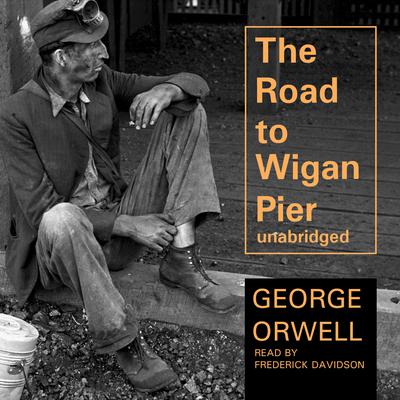 The Road to Wigan Pier

When Orwell went to the north of England in the thirties to find out how industrial workers lived, he not only observed but shared in their experience. He stayed in cramped, dreary lodgings and subsisted on the scant, cheerless diet of the poor. He went down into the coal mines and walked crouching, as the miners did, through a one- to three-mile passage too low to stand up in. He watched the back-breaking, dangerous labor of men whose net pay then averaged $575 a year. And he knew the unemployed, those who had been out of work for so long they had sunk beyond despair into an inhuman apathy.

In his searing yet beautiful account of life on the bottom rung, Orwell asks himself why socialism—which alone, he felt, could conserve human values from the ravages of industrialism—had so little appeal. His answer was a harsh critique of the socialism and socialists of his time.

“Orwell’s code was a simple one, based on truth and ‘decency’; he was important—and original—because he insisted on applying that code to his own socialist comrades as well as to the class enemy…It is the best sociological reporting I know.” —New Yorker
“Orwell brings his unparalleled powers of observation to portray the wretched conditions of the working class.” —Amazon.com, editorial review