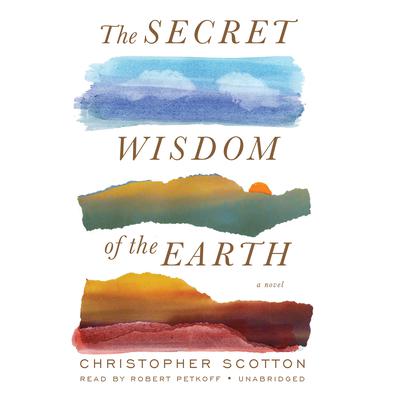 The Secret Wisdom of the Earth

An Amazon Best Book of the Month from a Debut Author

A debut novel about a fourteen-year-old boy who witnesses the death of his younger brother in a horrific accident, for readers of To Kill a Mockingbird, Peace like a River, and Cold Sassy Tree

After witnessing the death of his younger brother in a terrible home accident, fourteen-year-old Kevin and his grieving mother are sent for the summer to live with Kevin's grandfather. In this peeled-paint coal town deep in Appalachia, Kevin quickly falls in with a half-wild hollow kid named Buzzy Fink who schools him in the mysteries and magnificence of the woods. The events of this fateful summer will affect the entire town of Medgar, Kentucky.

Medgar is beset by a massive mountaintop removal operation that is blowing up the hills and backfilling the hollows. Kevin's grandfather and others in town attempt to rally the citizens against the company and its powerful owner to stop the plunder of their mountain heritage. When Buzzy witnesses the brutal murder of the opposition leader, a sequence is set in play which tests Buzzy and Kevin to their absolute limits in an epic struggle for survival in the Kentucky mountains.

Redemptive and emotionally resonant, The Secret Wisdom of the Earth is narrated by an adult Kevin looking back on the summer when he sloughed the coverings of a boy and took his first faltering steps as a man among a rich cast of characters and an ambitious effort to reclaim a once great community.

“Christopher Scotton’s debut effort defies easy description. Contemplative one minute and racing the next, it swept me to the last page and left me there with a single thought: Atticus Finch meets Deliverance. Highly recommended.” —John Hart, New York Times bestselling author of Iron House
“Christopher Scotton’s pulse-quickening debut that has elements of such classics as To Kill a Mockingbird and Deliverance...examines the animosities simmering in an impoverished coal-mining community caught between its ingrained traditions and threats from the outside world…Scotton tempers his Gothic tale with poignant insights into the crushing weight of loss. In prose as biting as Pops’ sour-mash whiskey, The Secret Wisdom of the Earth melds beguiling characters with an urgent ecological message.” —O, The Oprah Magazine
“This earnest debut is part coming of age story, part tale of redemption, and part Greek myth played out in the holler…Scotton’s very earnestness, the obvious love he has for this particular bit of land, and the perfect ear for its youngsters’ dialogue (“She smiled at me and I almost lost breakfast”) make this novel his own. At once familiar and modern, it is always poetic and compelling.” —Amazon.com, editorial review
“With the small-town aura of To Kill a Mockingbird, a man reflects on the summer he learned that tradition, greed, class, race, and sexual orientation can make for murder…Scotton offers literary observation—‘a storm was filling the trees with bursting light’—and a thoughtful appreciation of Appalachia’s hard-used people and fragile landscape. A powerful epic of people and place, loss and love, reconciliation and redemption.” —Kirkus Reviews (starred review)
“The coming-of-age story is enriched by depictions of the earth’s healing and redemptive power. Neither the first portrait of mining country nor the most original, Scotton’s novel nonetheless makes for compelling reading when the action grows intense—managing, like the landscape it describes, to be simultaneously frightening and beautiful.” —Publishers Weekly
“Narrator Robert Petkoff’s expressive tones and sensitive cadence perfectly match the moods and rhythms of this stunning coming-of-age story…Petkoff’s distinct voices and smooth presentation keep listeners engaged with this remarkable audiobook. Highlights of his performance include a gentle, musing tone that flawlessly conveys the atmosphere of quiet evenings on the front porch and a quick, clipped delivery that captures Kevin’s fear of the violence that threatens to spill over. Winner of the AudioFile Earphones Award.” —AudioFile
“One of the characters in Christopher Scotton’s The Secret Wisdom of the Earth is described as having a voice that was gifted from God, but Scotton’s own voice could easily be described as such. In language that will stun and amaze with its remarkable beauty, he tells of the joys and griefs of the people of a rural Kentucky county and the devastation of its landscape by strip mining. A novel epic in story and wisdom and all told through the deeply moving voice of the main character, Kevin, who has a heart as vast as the Blue Ridge Mountains he so loves.” —Natalie S. Harnett, author of The Hollow Ground

Christopher Scotton is an experienced public speaker, seminar leader, online marketer, and technology entrepreneur. After a stint as a venture capitalist, he joined his third start-up where he is currently president and CEO. Scotton is a recognized expert on search engine marketing, search engine optimization, social media marketing, and online lead generation. The Secret Wisdom of the Earth is his first novel.