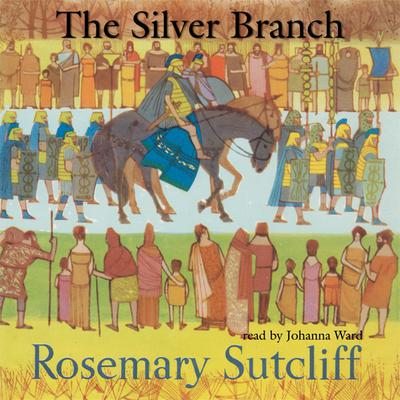 The Eagle of the Ninth Series: Book 2

In The Eagle of the Ninth, Marcus Flavius Aquila ventured into the wilds of Caledonia to retrieve the lost Eagle of his father’s dishonored Ninth Legion. In this new story of Roman Britain, the mutilated standard is found again by Flavius, a descendant of Marcus, and his cousin Justin, a young surgeon in the Roman army. It is found at a time when conflicting loyalties, violence, and intrigue are undermining Roman rule in Britain.

Justin and Flavius are accidentally caught up in this power struggle when they discover a plot to overthrow the emperor. A series of adventures carries them across England and down again to the South, where they become secret agents of Rome. But when the time comes for open revolt, they are ready with a band of loyalists to carry the Eagle of the Ninth into the thick of battle to win new honor for the Eagle and for Rome.

“Rosemary Sutcliff brings this distant period in world history to life, giving her characters color, texture, and vivid personalities…Johanna Ward gives each character a rich and meaningful individuality so that the listener has no difficulty ‘seeing’ Justin, Flavius, their friends, and their enemies.” —Looking Glass Children’s Book Review
“Superb...Enthusiastically recommended.” —Horn Book
“The Silver Branch is set in Britain at the time of the Roman occupation, and Johanna Ward is a marvelous guide to that period. Her sharp narration is paced so that the listener can become familiar with the sites and culture of the time…The Silver Branch brings this historical period alive.” —AudioFile
“Rosemary Sutcliff’s superb historical imagination never fails.” —New York Herald Tribune
“[Sutcliff] writes as though Roman Britain were as real and as close to her as the England of today.” —Chicago Tribune

Rosemary Sutcliff (1920–1992) was born in Surrey, England. A voracious private reader, she left her regular studies at fourteen to attend art school. In 1950 her first children’s book was published, and from then on, she devoted her time and talents to writing children’s historical novels. Many of her books are set in Roman Britain, a period that particularly interested her. She received the OBE in 1975 and, in 1992, was awarded the CBE. She was still writing on the morning of her death at the age of seventy-two.