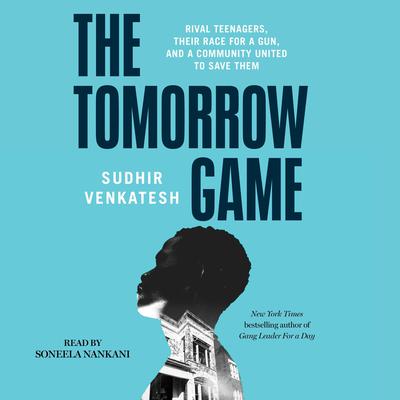 The Tomorrow Game: Rival Teenagers, Their Race for a Gun, and a Community United to Save Them

A New York Times bestselling author’s gripping account of a Chicago community coming together to save a group of teenagers from gun violence.

In the tradition of works like Random Family and Behind the Beautiful Forevers, Sudhir Venkatesh’s The Tomorrow Game is a deeply reported chronicle of families surviving in a Southside Chicago community.

At the heart of the story are two teenagers: Marshal Mariot, an introverted video gamer and bike rider, and Frankie Paul, who leaves foster care to direct his cousin’s drug business while he’s in prison. Frankie devises a plan to attack Marshall and his friends—it is his best chance to showcase his toughness and win respect for his crew. Catching wind of the plan, Marshall and his friends decide they must preemptively go after Frankie’s crew to defend their honor. The pressure mounts as both groups of teens race to find a gun and strike first. All the while, the community at large—a cast that includes the teens’ families, black market gun dealers, local pastors, a bodega owner and a veteran beat cop—try their best to defuse the conflict and keep the kids alive.

Based on Venkatesh’s three decades of immersion in Chicago’s Southside, and as propulsive as a novel, The Tomorrow Game is a nuanced, timely look at the toll that poverty and gun violence take on families and their communities.

Sudhir Venkatesh is the William B. Ransford Professor of Sociology and a member of the Committee on Global Thought at Columbia University. He is the author of Gang Leader for a Day, a New York Times bestseller that received a best book of the year award from theEconomist. His writings have appeared in the New York Times, the Chicago Tribune, and the Washington Post. He lives in New York City.