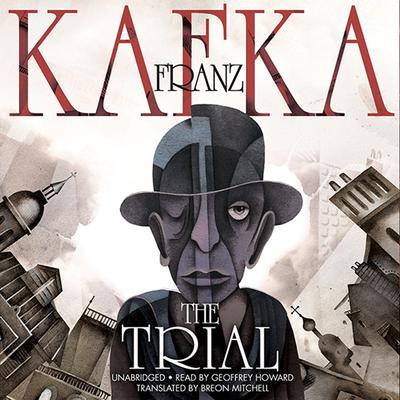 Josef K. is an employee at a bank, an Everyman without any particular qualities or ambitions. His inconsequence makes doubly strange his “arrest” by an officer of the court, made with no formal charges or explanation. Disoriented and consumed with guilt for a “crime” he does not understand, Josef K. must justify his life to a “court” with which he cannot communicate. The defendant can only ask questions, but receives no answers to clarify the surreal world in which he is compelled to wander.

Through the court’s relentless bureaucratic proceedings and absurd juxtapositions of different hypotheses of cause and effect, the whole rational structure of the world is undermined. The trial of Josef K. becomes a chilling existential metaphor for life itself, where every sentence is a sentence of death.

“As you read The Trial, there is no let up. The reader’s anxiety can verge on terror…Kafka, master of the envelope, creates the atmosphere of a nightmare that seems real in which his character is beset by the impersonal forces of authority, the police and the bureaucracy, that will not tell him what he is guilty of.” —Sol Stein, author and editor
“Breon Mitchell’s translation of the restored text is an accomplishment of the highest order—one that will honor Kafka, perhaps the most singular and compelling writer of our time, far into the twenty-first century.” —Walter Abish, author of How German Is It?
“Howard’s British accent and deep monotone set the proper dark tone for the book…Howard acts as our intellectual guide by emphasizing key passages and marking them as worthy of interpretation and discussion.” —AudioFile

Franz Kafka (1883–1924), one of the major fiction writers of the twentieth century, was born to a middle-class German-speaking Jewish family in Prague. His unique body of writing, much of which is incomplete and was mainly published posthumously, is considered by some people to be among the most influential in Western literature, inspiring such writers as Albert Camus, Rex Warner, and Samuel Beckett.