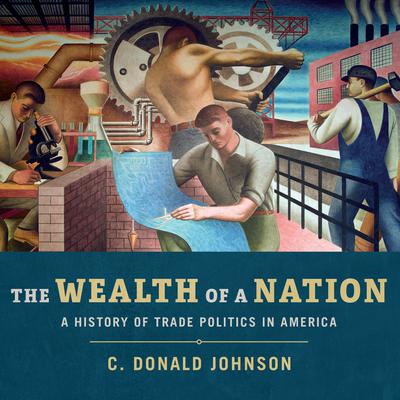 The Wealth of a Nation: A History of Trade Politics in America

Ambassador C. Donald Johnson's The Wealth of a Nation is an authoritative history of the politics of trade in America from the Revolution to the Trump era. Johnson begins by charting the rise and fall of the U.S. protectionist system from the time of Alexander Hamilton to the Smoot-Hawley Tariff of 1930. Challenges to protectionist dominance were frequent and often serious, but the protectionist regime only faded in the wake of the Great Depression. After World War II, America was the primary architect of the liberal rules-based economic order that has dominated the globe for over half a century. Recent years, however, have seen a swelling anti-free trade movement that casts the postwar liberal regime as anti-worker, pro-capital, and—in Donald Trump's view—even anti-American. In this riveting history, Johnson emphasizes the benefits of the postwar free trade regime, but focuses in particular on how it has attempted to advance workers' rights. This analysis of the evolution of American trade policy stresses the critical importance of the multilateral trading system's survival and defines the central political struggle between business and labor in measuring the wealth of a nation.