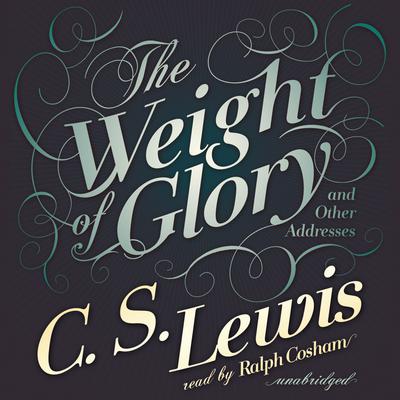 The Weight of Glory: And Other Addresses

Selected from sermons delivered by C. S. Lewis during World War II, these nine addresses show the beloved author and theologian bringing hope and courage in a time of great doubt. Addressing some of the most difficult issues we face in our day-to-day lives, Lewis’ ardent and timeless words provide an unparalleled path to greater spiritual understanding. “The Weight of Glory,” considered by many to be Lewis’ finest sermon of all, is an incomparable explication of virtue, goodness, desire, and glory. Also included are: “Transposition,” “On Forgiveness,” “Why I Am Not a Pacifist,” and “Learning in War-Time,” in which Lewis presents his compassionate vision of Christianity in language that is both lucid and compelling.