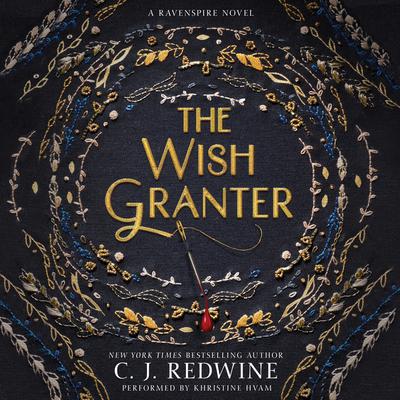 An epic, romantic, and action-packed fantasy inspired by the tale of Rumpelstiltskin, about a bastard princess who must take on an evil fae to save her brother’s soul, from C. J. Redwine, the New York Times bestselling author of The Shadow Queen. Perfect for fans of Graceling and the Lunar Chronicles.

The world has turned upside down for Thad and Ari Glavan, the bastard twins of Súndraille’s king. Their mother was murdered. The royal family died mysteriously. And now Thad sits on the throne of a kingdom whose streets are suddenly overrun with violence he can’t stop. Growing up ignored by the nobility, Ari never wanted to be a proper princess. And when Thad suddenly starts training Ari to take his place, she realizes that her brother’s ascension to the throne wasn’t fate. It was the work of a Wish Granter named Alistair Teague who tricked Thad into wishing away both the safety of his people and his soul in exchange for the crown. So Ari recruits the help of Thad’s enigmatic new weapons master, Sebastian Vaughn, to teach her how to fight Teague. With secret ties to Teague’s criminal empire, Sebastian might just hold the key to discovering Alistair’s weaknesses, saving Ari’s brother—and herself. But Teague is ruthless and more than ready to destroy anyone who dares stand in his way—and now he has his sights set on the princess. And if Ari can’t outwit him, she’ll lose Sebastian, her brother…and her soul.

“This next installment in the Ravenspire series will take your breath away! There’s so much going on all at once, but thanks to Redwine’s carefully thought-out words and imaginative worlds, it’s easy to follow. There are plenty of nail-biting moments and even a bit of romance. Fantasy fans will embrace the complex characters and ponder how on earth they will figure out the many mysteries embedded within. A very entertaining read!” —RT Book Reviews (4 stars)

C. J. Redwine is a New York Times bestselling author whose works include the Defiance trilogy and the Ravenspire books, including The Shadow Queen, The Wish Granter, and The Traitor Prince. If the novel-writing gig ever falls through, she’ll join the Avengers and wear a cape to work every day. She lives in Nashville with her husband and children.