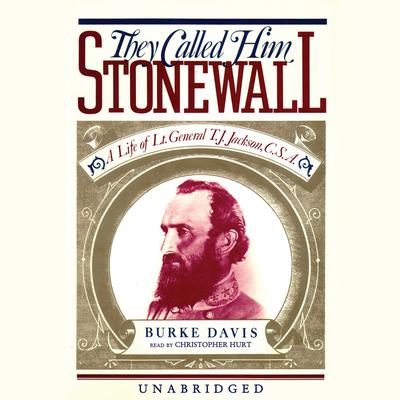 They Called Him Stonewall: A Life of Lt. General T. J. Jackson, CSA

Stonewall Jackson was a military genius at once peculiar and perfect, a fearless soldier in battle but a God-fearing man who hesitated to kill on Sunday. He broke the rules of war to win, and yet his tactics are studied in military academies the world over. Burke Davis brings the color, vivid characterization, and immediacy of the best fiction to this fascinating biography.

From the remarkable Valley Campaign through the Seven Days, Manassas, Antietam, Fredericksburg, and the masterful though tragic sweep at Chancellorsville where Jackson was felled by one of his own soldiers, this is a compelling narrative of men and war.

Burke Davis is the author of Gray Fox and many other books. He lives in Meadows of Dan, Virginia, and Greensboro, North Carolina.