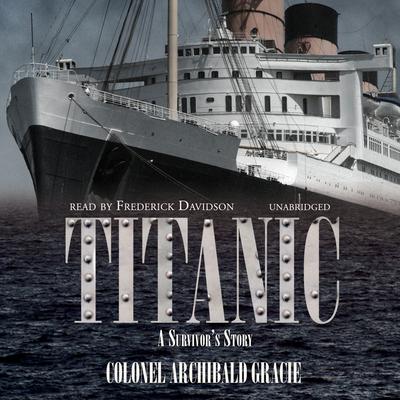 Archibald Gracie was probably among the last to leave the sinking Titanic on that cold April night in 1912, one of the most traumatic events in maritime history. In this unique account, he describes his personal experiences and remarkable escape from death in the icy waters of the Atlantic, painting a vivid picture of what it was like on board the Titanic in its final hours.

Tracking down other survivors for their stories and attending court hearings to obtain the official record, Colonel Gracie filled in the details of his account, struggling to complete it in spite of illness. Largely due to the effects of his ordeal and exposure in the frigid Atlantic, he finally succumbed on December 4, 1912. His book was published in 1913 to universal acclaim and remains one of the most vivid and first-hand accounts of the disaster.

“Sometimes amazingly priggish, at others unwittingly funny, the colonel was also possessed of a fierce tenacity, a sturdy kind of dignity, and a feeling of controlled outrage at what he thought was gross negligence.” —Philadelphia Inquirer
“This very elegantly written narrative by a man who actually did sink with the ship (he was later hauled into a lifeboat) is often riveting…Titanic buffs will love this on-the-spot reporting; others will also find much to enjoy and ponder. Recommended.” —Library Journal

Colonel Archibald Gracie (1859–1912) was an American writer, amateur historian, real estate investor, and survivor of the sinking of the RMS Titanic.