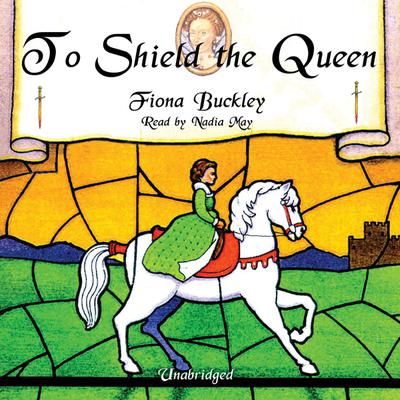 To Shield the Queen: A Mystery at Queen Elizabeth I’s Court

Rumor has linked Queen Elizabeth I to her master of horse, Robin Dudley. As gossip would have it, only his ailing wife, Amy, prevents marriage between Dudley and the queen. To quell the idle tongues at court, the queen dispatches Ursula Blanchard to tend to the sick woman's needs. But not even Ursula can prevent the "accident" that takes Amy's life. Did she fall or was she pushed? Was Ursula a pawn of Dudley and the queen?

Suddenly Ursula finds herself at the center of the scandal, trying to protect Elizabeth while not losing her heart to a Frenchman who may be flirting with sedition against her queen. As she sets out to find the truth, she can trust neither her lover nor her monarch, alone in a glittering court that conceals a wellspring of blood and lies.

In the debut novel of her historical mystery series, Buckley presents the young lady-in-waiting to Queen Elizabeth, whose intelligence and sharp eyes might allow her to shield the queen.

“A lively mystery series kickoff…Buckley shows a deft hand with strong characterization and creates a plot that spins merrily and wickedly through palace, manor house, and intensely beautiful countryside.” —Publishers Weekly
“Narrator Nadia May is excellent as she takes on the royal entourage, but she is extra charming portraying Ursula as a clever, witty, sharp-tongued woman who has an eye for the gentlemen! The characters sparkle as May imbues them with the language and speaking manner of a significant and distinctive historical period.” —AudioFile
“Buckley’s tantalizing re-creation of Elizabethan life and manners is told with intelligence and gentle wit. A noteworthy debut.” —Library Journal
“An accomplished debut…High suspense throughout.” —Kirkus Reviews