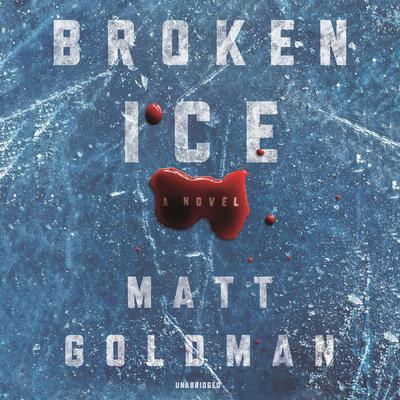 An Audible Pick of Most Anticipated Listens of Spring

Nils Shapiro has been hired to find missing Linnea Engstrom, a teenager from the small, northern hockey town of Warroad, Minnesota. Most of Warroad is in Minneapolis for the state high school hockey tournament, and Linnea never returned from last night’s game. Linnea’s friend Haley Housch is also missing―and soon found dead.

Shot through the arm with an arrow at the Haley Housh crime scene, Nils should be in the hospital recovering from his near fatal injury, but he knows that the clock is ticking. Linnea could be anywhere, and someone doesn’t want her found. Is Linnea a victim, or is she playing a dangerous game? As bodies start piling up, the clues lead Nils north to Warroad, a small, quiet town with many secrets to hide.

“Andrews’ smooth, clear enunciation shifts during dialogue to create distinctive Minnesotans. His delivery heightens the strong sense of place inherent in Goldman’s writing…Andrews imparts Shapiro’s obsessive, fundamental drive to discover the truth instead of accepting the obvious or politically expedient solution and, at the same time, empathetically articulates Shapiro’s ability to erode relationships, even as he is creating them.” —Booklist (audio review)
“Goldman, 55, made an easy transition to writing crime fiction after working on almost 500 episodes of television, including the first two seasons of Seinfeld…The work taught Goldman to keep his stories punchy, with short chapters to push the plot forward…In Broken Ice…plot twists involve Warroad’s hard-bitten hockey coach as a suspect, the smuggling of a powerful street drug, and a climax at the expansive woodland home of legendary Minnesota musician Graham Itasca.” —Associated Press
“Witty, well-plotted…Nils is a deeply flawed but goodhearted everyman. He’s supported by a cast of wonderfully quirky characters…Readers will look forward to seeing a lot more of Nils and crew.” —Publishers Weekly
“Nils continues to be brilliant and flawed, Ellie his eminently practical foil, and Minneapolis itself a major character…Goldman introduces vivid supporting characters, such as medical examiner Char Northagen, with a finesse built on the author’s background in stand-up comedy and television writing, promising a long and enjoyable series. Recommended for fans of clever mysteries and witty detectives.” —Booklist

Matt Goldman is an Emmy Award–winning television writer, also nominated for a Writer’s Guild Award for his work on Seinfeld. His first novel, Gone to Dust, was selected for the Texas Lariat Reading List and was chosen as the Twin Cities Reader’s best novel of 2017.